Bluebirds listened to the story of Naboth and King Ahab and the vineyard.  They were shocked to hear that because the whole truth wasn’t told something much worse happened. Elias said the King lied as he didn’t fully explain all the information to his wife.
As a class, we could thing of situations when the full truth isn’t told, often to avoid getting into trouble!  We also chatted about when we have lied or told only half-truths and how it can make us feel.  Mrs Parry told the class about the Ten Commandments. Tatenda explained these are a set of rules for people to follow, made by God. Next, the children watched a film clip about a boy who received too much change when he bought something from the shop.  The children then reflected upon these questions in their books.   It was pleasing to see the high morals of the children – well done Bluebirds!

This afternoon, Bluebirds heard the Old Testament story of two brothers called Esau & Jacob. They discussed all the elements that were unfair in this Bible story.

Tatenda – You should not trick your own family.
Shriya – You should always be fair.
Declan – It’s not fair that the oldest child got everything.
Yusuf – You should never trick people.
Elias – Isaac (the dad) only loved Esau – that’s not very fair!
Angel – The mum having a favourite child is wrong!
Corban – They were wrong to deceive the blind dad.
Ryan – There shouldn’t be a favourite child.
Olivia – You should just be yourself and not try to be someone else.
Musa – They should be happy they had parents because that is good.

Today Bluebirds looked  at being fair and just. They thought about when they had had said the words ‘it’s not fair!’
They then shared their own experiences of when they felt they were being treading unfairly.
Corban: When we were playing football there were three players on one team and four on the other, so it was not fair.
Jacob:  It is not fair that my brother has more Lego than me.
Bethany: When I was playing a game, I lost and that was unfair.
Alex H: It was unfair when another child had a ball and I didn’t .
Alex R: My brother went to a party and I didn’t.
Maya: My cousin spoiled the game of teacher we were playing and I then had to go home.
Tatenda: When I save to clean the house it’s not fair because it my mum and dad’s job!
Sam: When I’m made to go to bed.
Declan: When I got blamed and it was not me, it was my sister.
Robins then talked about how it felt when they were treated that way…
Feelings…
Angry
Humiliated
Tearful
Upset
Unloved
Bluebirds watched a short film about two children, 13-year-old Albert and 10-year-old Irene, and how they escaped a war-torn Congo to live in a refugee camp in Zambia.  Albert and Irene now live in Birmingham and have a whole new life which they thank God for.
We then discussed the things they thought were unfair and whether their feelings had changed.

Bluebirds heard a verse from the Old Testament book of the Bible called Genesis.   They found out that God expects us to rule over animals by being responsible and caring for them.  We talked about pets we had and also remembered those we used to have, that have since died.  We talked about how we care for our pets.  Mrs Parry explained how she cares for her dog, called Zac. 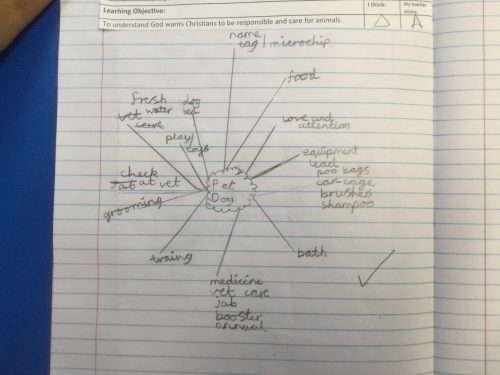 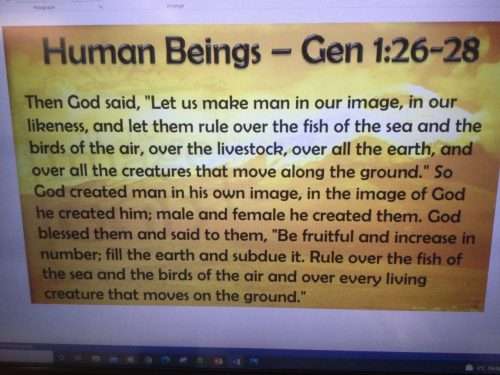 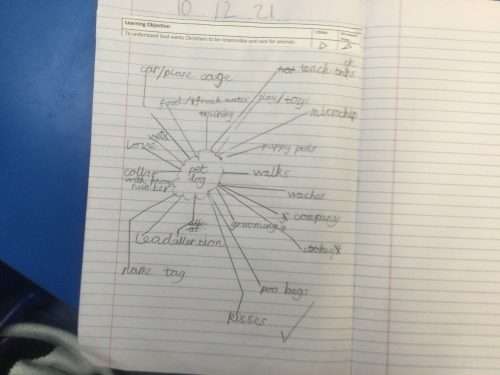 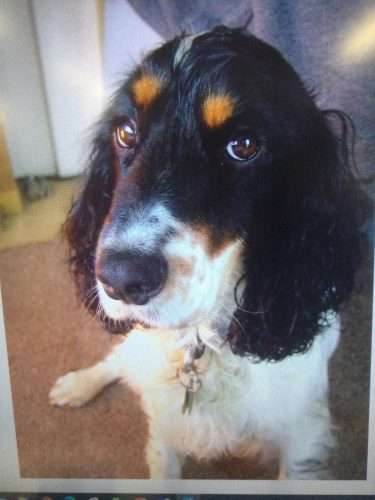 Bluebirds learnt all about why Christians celebrate today.  They looked at the school blog to see how Year 5 helped with the event this year by taking donations from the school to the farmhouse.  The food was given to those who needed it most.
The children made a list of all the words they could make using the letters from the word HARVEST and found quite a few linked to the theme such as eat, share, save, starve, heart and Earth.  Everyone worked together to compose a whole class acrostic poem! Excellent work everyone! 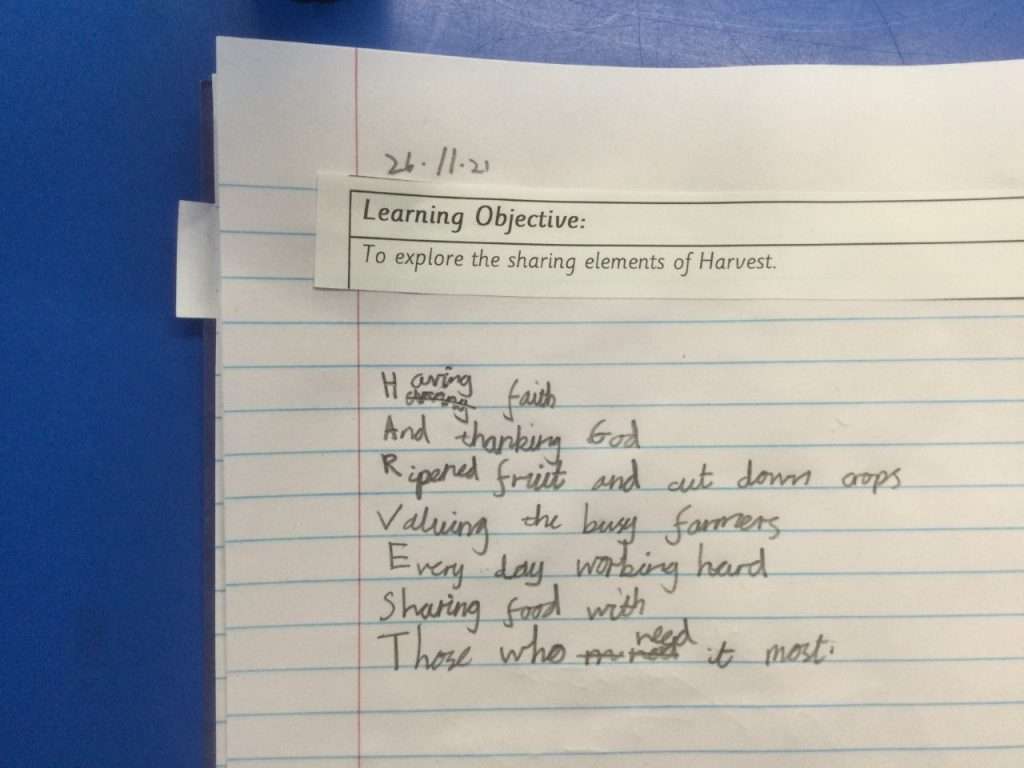 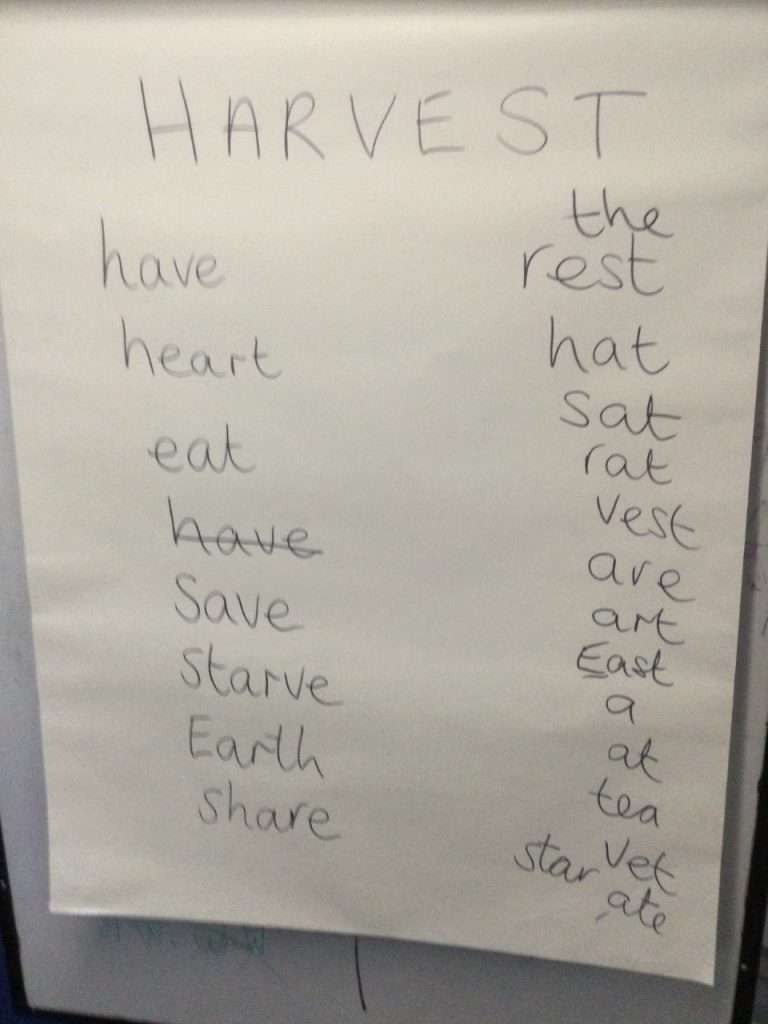 Year 3 had a wonderful discussion in RE today. They looked at Unity in religion. They discussed where they find unity (togetherness) and came up with some fantastic responses. They noted school, home, friends, church and Mosque. All these places are so important, for so manty reasons. Some of the reasons people choose to be together are:

Today, the children also learnt that people come together and unite when they go on pilgrimages. Pilgrimages are when people visit holy sites that are important to them in their faith.

They tend to go in groups as they are usually a trip abroad and will last at least a few days. This makes the visit much more memorable.

The class then watched a video of an 11-year-old, girl who was preparing for a pilgrimage to Mecca with her family. The children really enjoyed watching how many thousands of people, from all over the world, unite to perform the Hajj. They all wear white, resulting in everyone looking identical. Everyone becomes equal, no differences, no divisions because of money, status (job), clothes, race or background- everyone looks and is treated the same. Everyone has the same aim- to complete the difficult pilgrimage, so they all work as one. They unite.

A lot of very good questions were asked and it showed the level of active listening and critical thinking that the children have.

Today, Bluebirds learnt about Passover which is an important Jewish festival. This takes place in Spring, lasting 7-8 days and celebrates when Jewish people were freed from slavery in Egypt over 3000 years ago. They eat unleavened bread to remember when the Jewish people escaped from Egypt, not having time to make normal bread that rises in the oven. The Seder Meal with family and friends, has a special plate that has sections for symbolic food. Here are our plates which explain what food there is and what it represents. 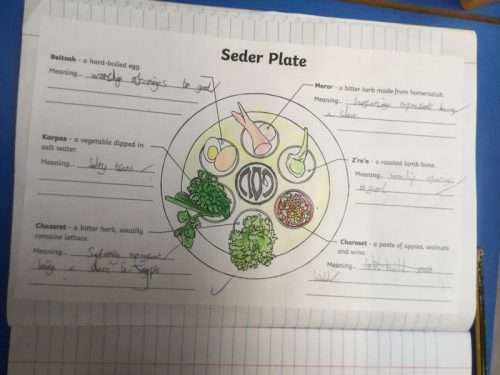 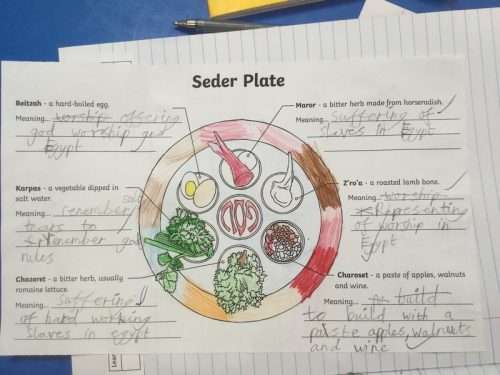 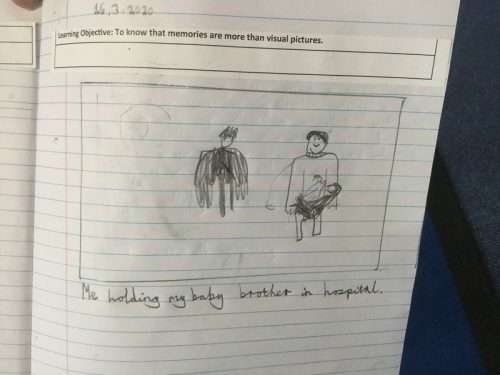 Bluebirds discussed whether we actually needed photos to remember special people, places and events. We also talked about how much more we can remember about a person or a place than what we can see in a photograph. Mrs Parry shared photos with the class of important people in her life and also a photo of a special occasion. She recalled memories from the photos.

Dylan – I remember seeing my baby brother and had a photo taken, holding him for the first time.
Ava – I remember a trip to Thomas Land with my brother and sister.
Ibrahim – I have a photo from when we visited The London Eye.
Amaya – When I visit my family in New Zealand, we always have a big group photo together, at the end of the holiday.
Havana – I have a nice photo of my Mum holding me, whilst going down a slide, when I was little.
Paige – I have a photo album with memories of my holiday to Disneyland.

The children each drew or wrote about an important person, place or event in their lives.

Last week, Bluebirds discussed God/Allah being “all knowing” and knowing things people have done without them even admitting it. We talked about when we have been tempted not to tell the whole truth when we have been in trouble. There were lots of examples which we shared together. Here are some of the anonymous contributions, including the adults…!

►I let my sibling get the blame when it was me for a broken iPad.
►I broke a plant but eventually admitted it.
►I cut some clothing and the dog was blamed
►I took extra slices of cake.
►I pulled a curtain down and didn’t own up.
►I drew on the wall.
►I took some money once.
►I hid a butterfly in my doll’s house to keep as a pet. My Mum guessed.
►I drank a small amount of fizzy drink from each bottle and then topped them up with water.

Bluebirds heard the story of The Black Stone today, to understand that Muslims believe in being fair and just. Afterwards, Mrs Parry asked the class to think how to share 4 cakes between six people. Leah quickly solved the mystery that each person would get 2/3 of cake each!