As part geography, the children in Bluebirds designed an instructional poster with advice about what to do in a flood. They looked at the dangers people and communities would face in a flood as well as the environmental impact a flood would have on the landscape.

This is the observation Bluebirds completed on their field trip to follow the course of the River Rae.
Look at how they have used all their skills to represent the features of the river as it flows through Edgbaston.
Observations
As part of our rivers topic, Bluebirds went on an exciting field trip to Cannon Hill Park to follow the course of the River Rea. We enjoyed Observing the River Rea and looked at how it changed from flowing straight with the help of humans, to meandering and finding its true course where nature was in control.
We also looked at direction the river flowed, talking about the debris and how it can cause floods. After discussing the river, the children took time to sketch the different stages of the Rea as they followed its course.
Bluebirds have been comparing the features of our country with Egypt today.  They have found out which has the highest mountain peak, most rainfall, most sunshine, fewest natural hazards, longest coastline and smallest population.  They used information, charts and graphs to compare the countries.
Surprisingly, Bluebirds found some similarities between the two counties.   Both countries receive their highest rainfall in December and have the most hours of sunshine in July. 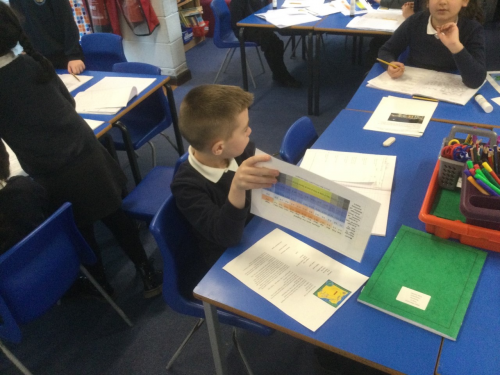 Last week, Bluebirds were they very first children to use our new, gigantic map of the world.  It is so big that they had to use the hall – they needed a lot of space! Children played lots of games and used an atlas too.  They were finding countries and asking their partner “Where in the world am I?” Their partner had to use an atlas to work out which country they were stood on! It was great fun!
Bluebirds could remember where the Arctic and Antarctica were from their work in Year 2.  They could also tell Mrs Parry why some countries are hotter.  They could also explain that the Equator was an imaginary line running around the middle of the world.  They could also name the four countries of the British Isles.  Can you name them?! 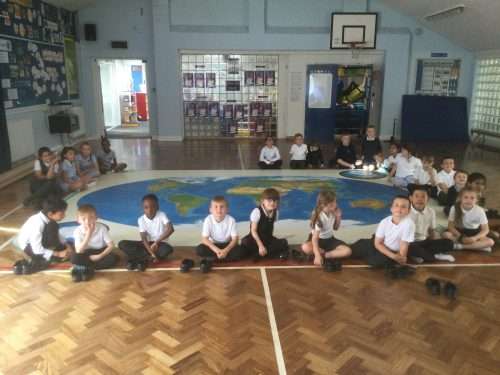 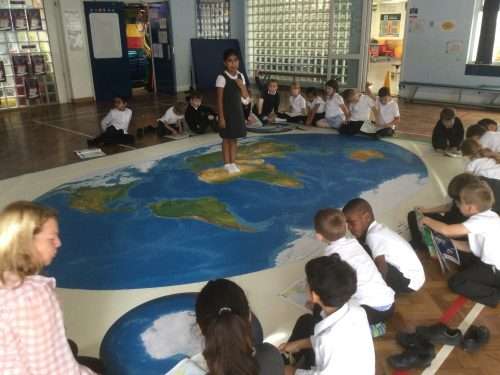 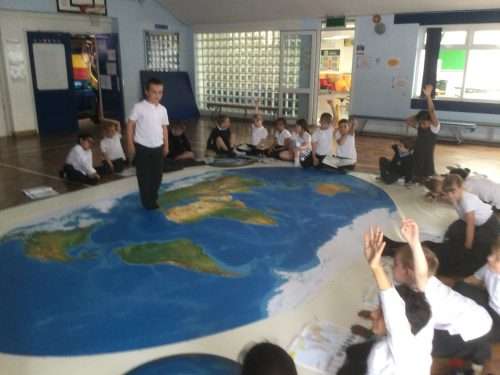 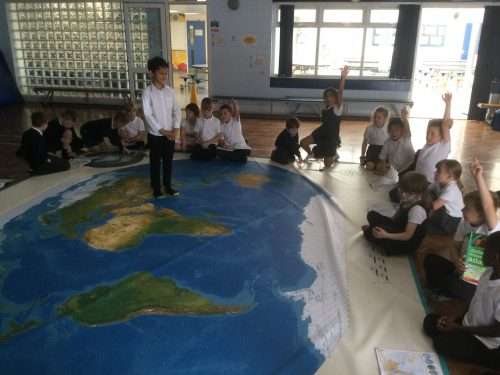 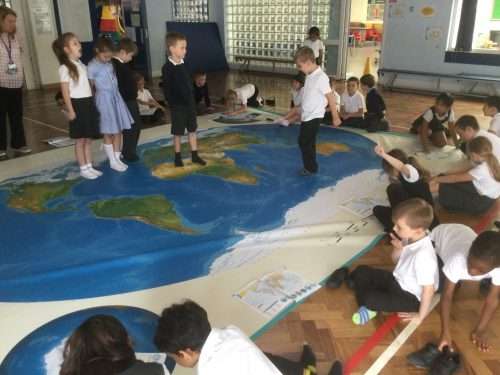 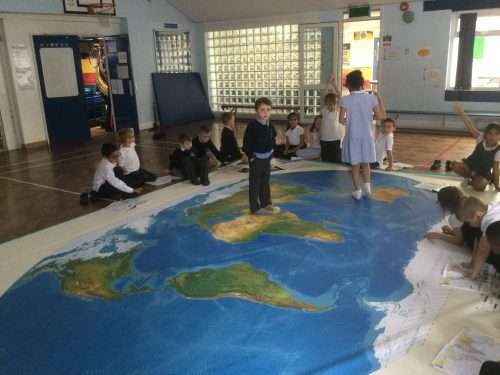 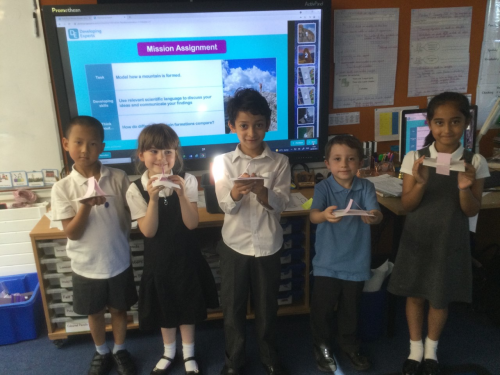 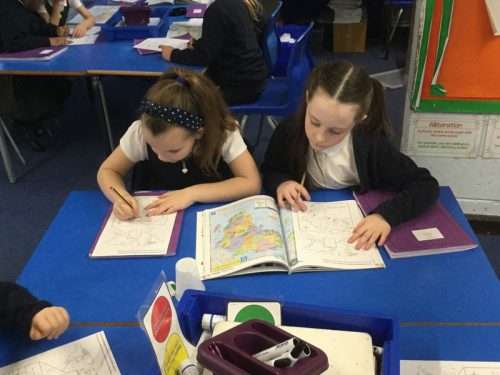 Bluebirds were very excited to begin their new topic about Ancient Egyptians this afternoon. The class soon got to work using atlases to discover where in the world Egypt is in relation to the UK and then located the countries and seas of Africa.

Mrs Parry asked the children what they already knew about Egyptians.

Jacob – They had mummies.
Seth – They wrapped the body in bandages. They had lots of different Gods.
Dewha – They built pyramids.
Dylan – They may have had traps inside the pyramids to protect treasure.
Lexi – The River Nile is the longest river in the world. 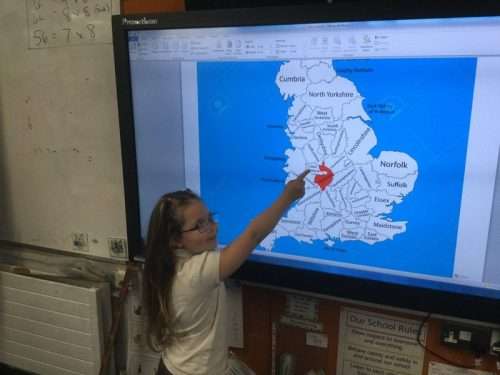 Bluebirds learnt that counties are smaller areas within the UK, containing lots of towns and villages. They are the top level of local government and look after education, libraries, transport, waste management, social care, fire and public safety. Bluebirds used a map to find out which county Birmingham is in (West Midlands) and then locate neighbouring counties. 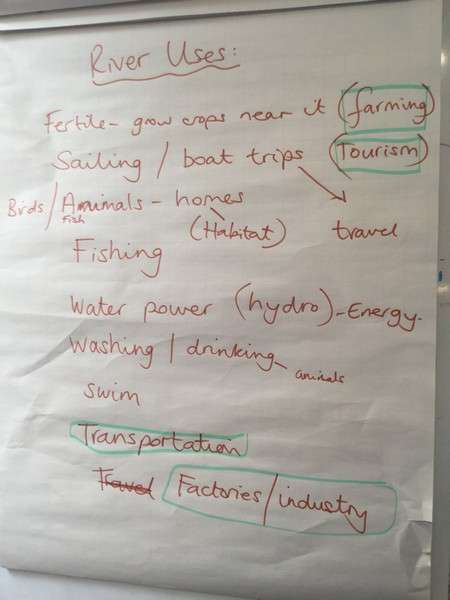 Bluebirds have been learning all about the uses of rivers and the impact man has upon them.

Rivers are used for fishing, farming, transport and tourism. Here are the positive and negative reasons we thought of… 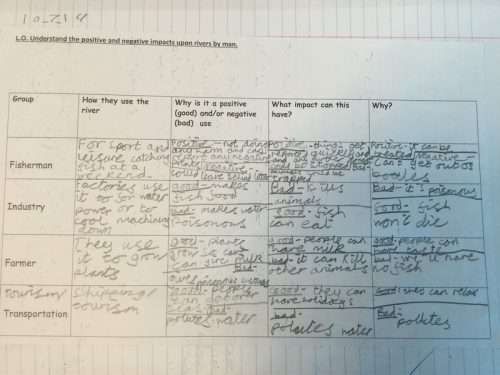 After learning so much about rivers and completing additional research on the internet, Bluebirds have been busy writing a non-chronological report in their Topic lesson this week! They were also able to draw on their knowledge of the River Nile from when they learnt all about Egyptians in Year 3. 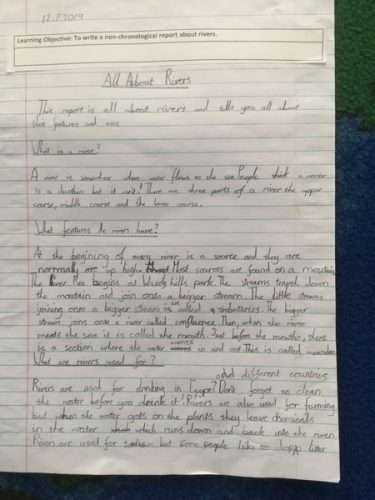