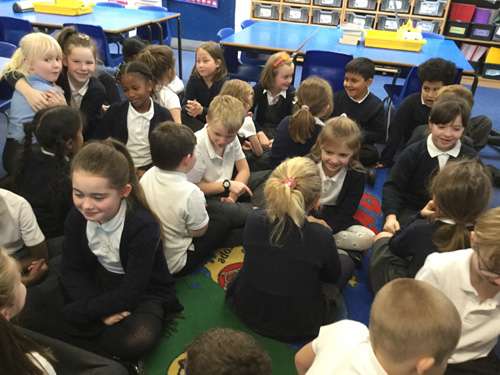 Bluebirds value their friends for many different reasons. They discussed the importance of why they have friends. 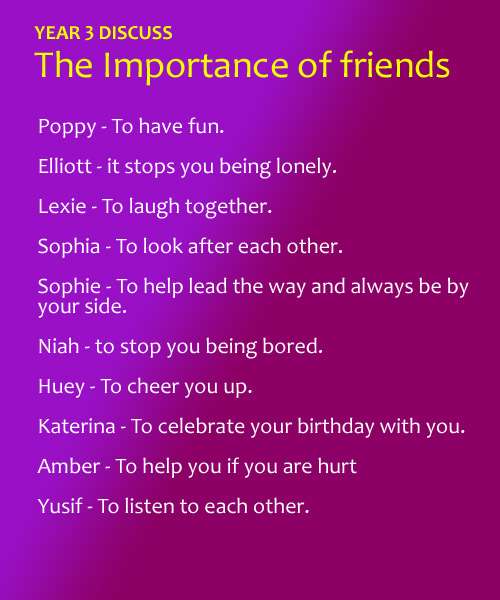 Children looked up the meaning of “compliment” and thought about the different ways in which they could pay a friend a compliment such as in appearance, ability and quality of character.

Bluebirds discovered why Harvest Festival is celebrated. They discussed lots of different reasons to be thankful during this time and felt it was also for giving to those less fortunate than ourselves. Lots of appropriate words could be made using the letters of HARVEST including HAVE, EARTH, HEART, REST, EAT, SHARE, and STARVE. The class composed a class acrostic poem and made individual ones too. 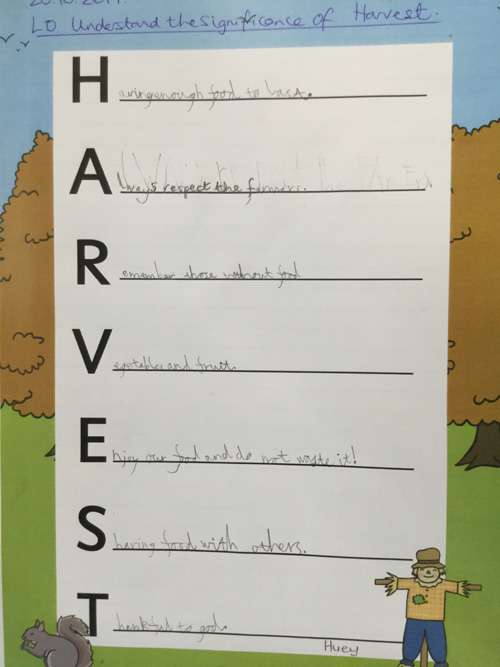 As part of Black History Month, Bluebirds have been learning all about Nelson Mandela. The class were dismayed to hear that black and white people had separate restaurants, schools and even buses!

Sophia – When he went to prison for so long he would have missed seeing his children grow up.
Melissa – I am glad it’s not like that now because I wouldn’t be able to be with my good friend Kezi.
Niah – I’m pleased I wasn’t alive when that happened as I wouldn’t have been allowed to see my Uncle. 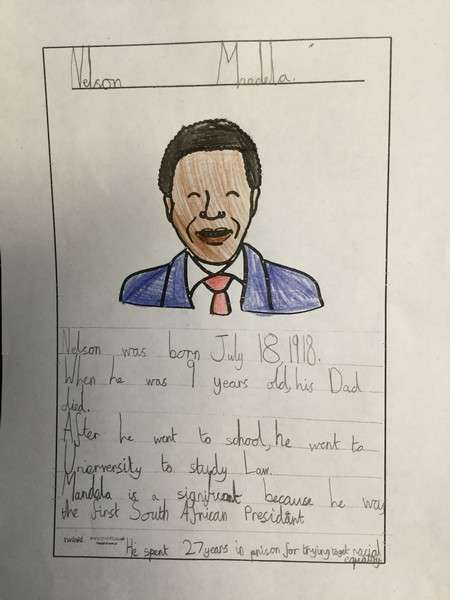 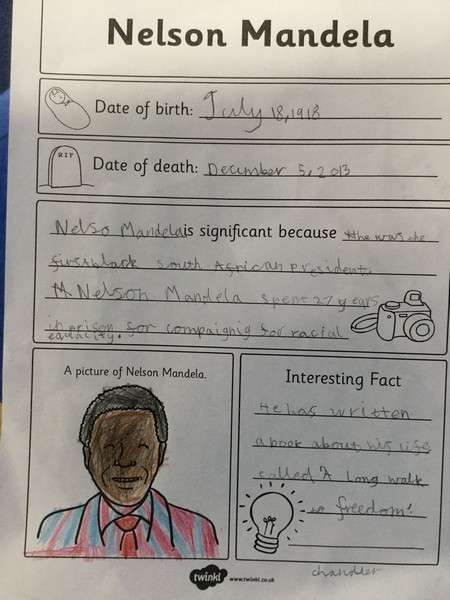 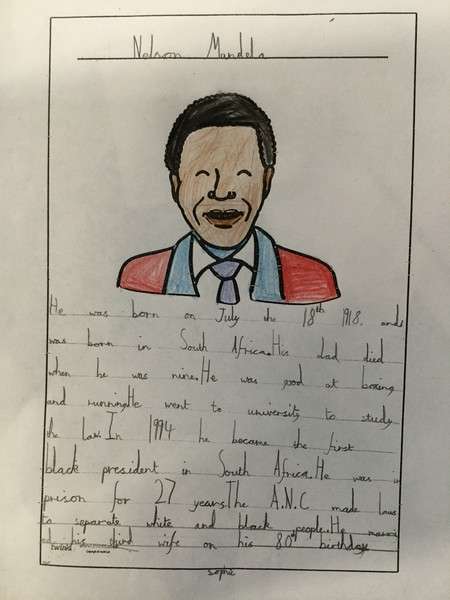 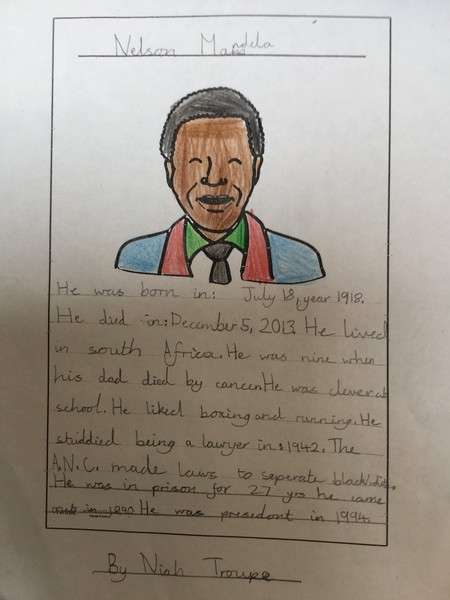 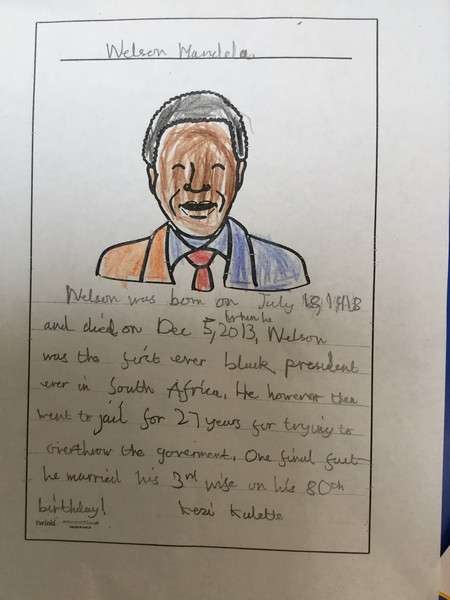 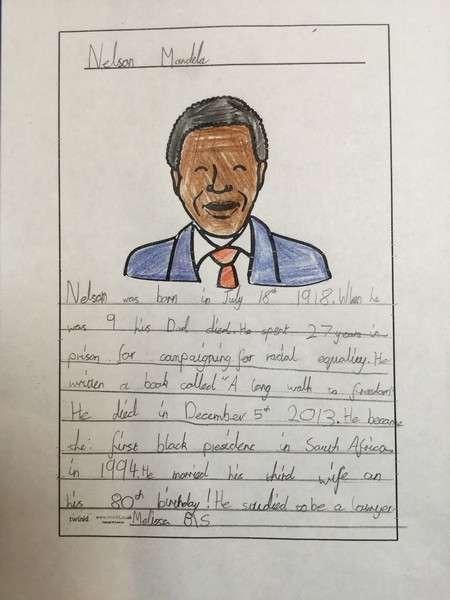 After learning about Stonehenge, Bluebirds set to work creating their own watercolour sunsets, to act as a backdrop for the famous Stonehenge scene. They experimented mixing colours and using different size brushes to paint cave paintings too. Finally, the class recreated a Stone Age hand prints picture on to material which looked very effective! Well done Bluebirds – great. 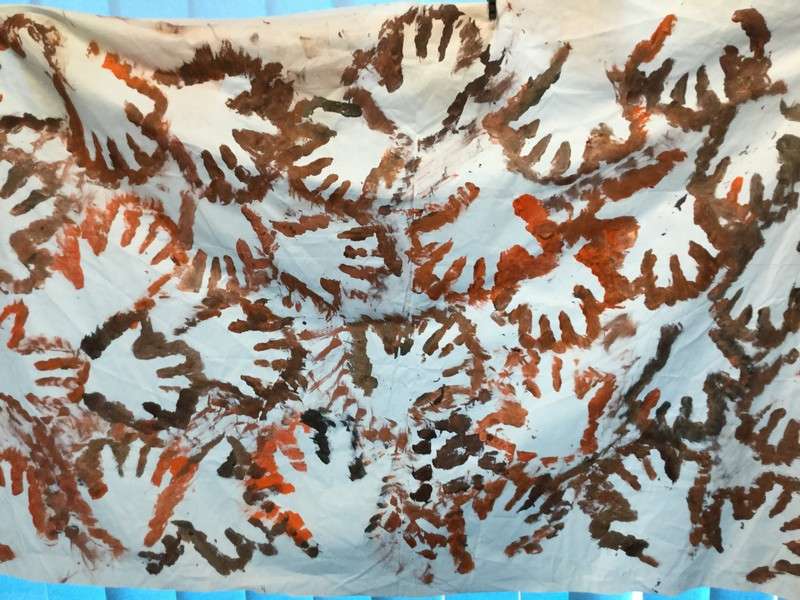 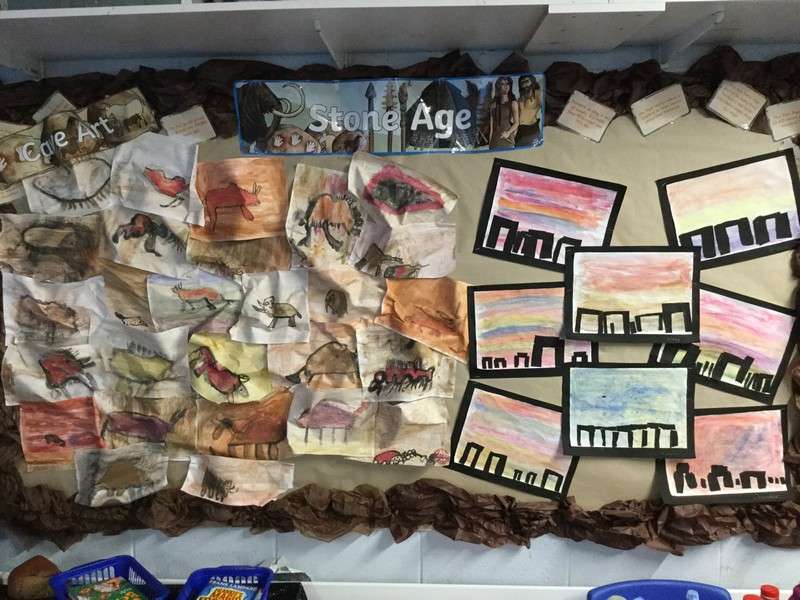 Bluebirds had a special visitor today called Sandra Howes who works for HSBC.

She came to explain that the children were now old enough to have their own bank account to save money in. The children talked about things they would buy if they could afford them… 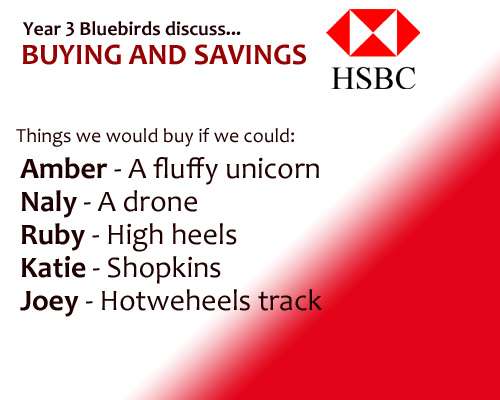 If children wish to open an account they need to complete an application and open the account with £10. They will get a free mini safe savings box with a combination lock!

They are able to go to the library at 8.50am on Mondays. 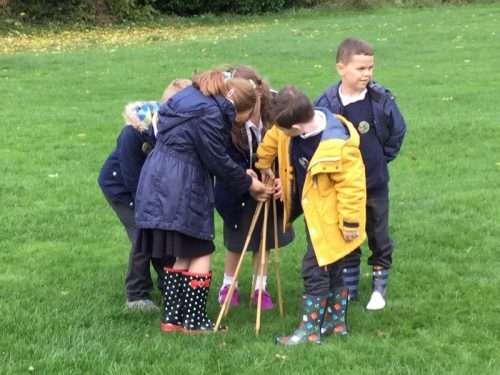 Today, Bluebirds enjoyed a trip to Sarehole Mill to learn more about the Stone Age.

First of all, the children learned what types of food the Stone Age people ate and why they had to move around and stay in their family groups. Next they played a hunters and gatherers game on the field!

After that, children then created shelters after some critical thinking, perserverance and team work! They learned that the animal skins were made waterproof by using ………urine! Ugh!

With much excitement, the children saw and held some real artefacts including a spear head, a hand axe and a scraper tool. The children were all very sensible and careful as these items were so old!

Last of all, there was a short walk to Moseley Bog to examine where Bronze Age people had once been. Bluebirds played a beetle identification game to work out what people had eaten. They also discovered steam (from heated stones and water)’ was used to clean the skin. The dirt would rise to the skin surface which could then be scraped off. The first sauna!

Finally, the children heard briefly about the Bronze Age and Iron Age and examined some Bronze Age tools.

The children really enjoyed their trip and were complimented on their exceptional behaviour. 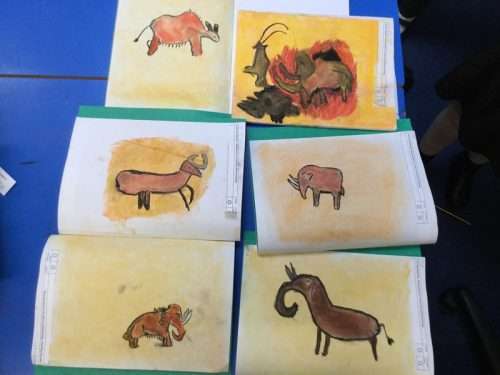 Bluebirds have been busy finding out why the Stone Age people did so many cave paintings. It was their form of communication to replay messages and share stories as writing hadn’t been invented that long ago!

After looking at a range of examples to establish their style and typical colours, Bluebirds set to work making pencil drawings of Stone Age animals. Today, the children have been concentrating on blending pastels to recreate Stone Age type pictures. Please look at some of our wonderful pictures.

Bluebirds discussed the meaning of tolerance during Circle Time today. They decided tolerance meant being understanding of others with differing opinions, beliefs and ideas, regardless of their religion, race, language, age or disability. The conversation developed and children openly shared their religions and talked about being able to speak other languages. We chatted about celebrating differences too! 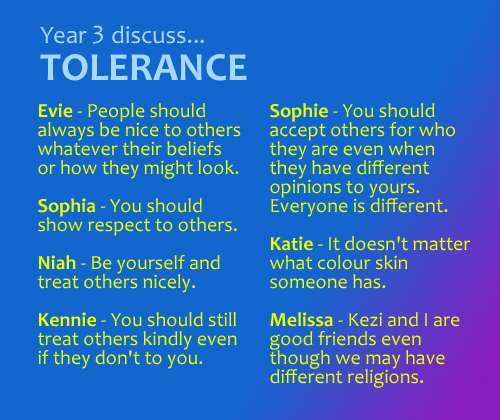 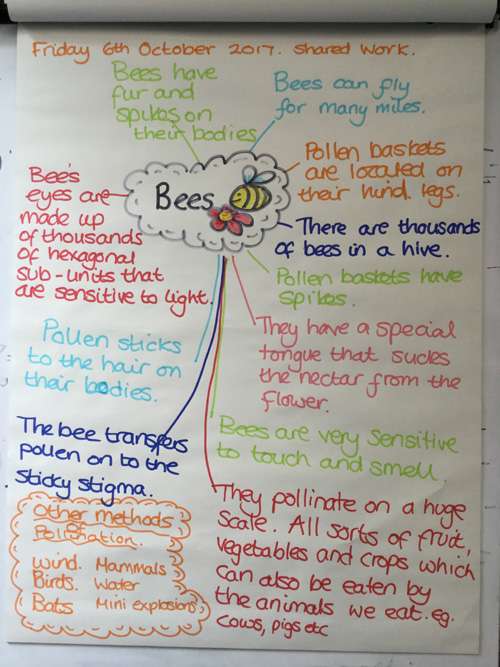 Afterwards, they researched the importance of bees and how they pollinate plants using the internet.

Today, Bluebirds discussed their favourite presents. Mrs Parry asked the class how they felt when they give someone else a gift. Next, the children thought about gifts they could give to others that do not cost anything.

There were some very thoughtful ideas: 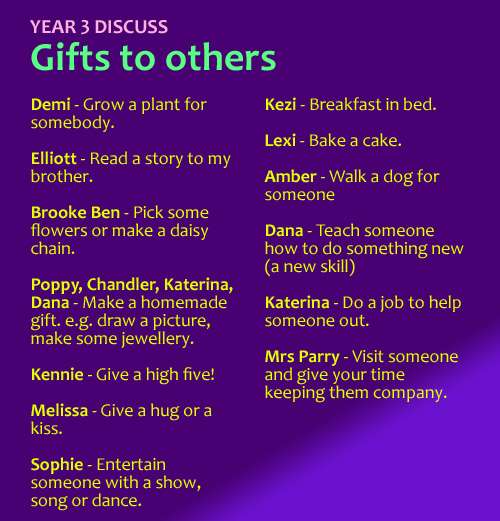