Bluebirds talked about their understanding of this month’s value word “FREEDOM.”

The children linked the word to Black History month in October when we learnt about Nelson Mandela.

We discussed the Human Rights act and thought about how lucky we are and sometimes take our freedom for granted.

Bluebirds have been learning about what brings believers together and have been looking at the community act of prayer for Muslims. The children watched a film clip of children getting ready for prayer in their mosque. In the Koran it states you must be clean before praying. There is a specific order and the face must be washed a number of times. Whilst washing, Allah is thought about in preparation for praying. Washing before prayer is symbolic and is important for unity and harmony. Muslims believe everyone equally needs to be clean before Allah (God). 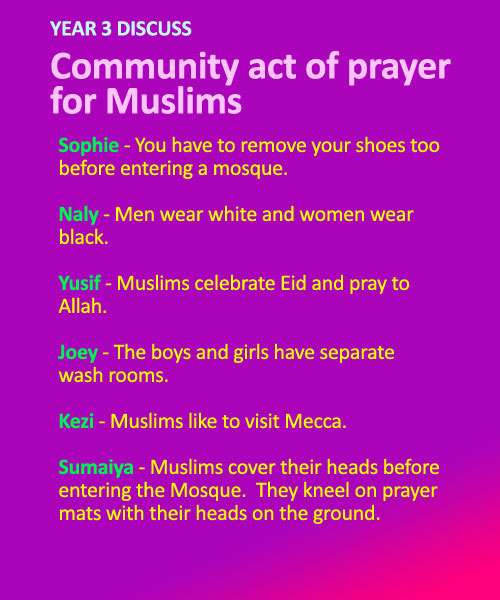 Bluebirds discussed making the right choices to stay safe both indoors and outside. The children all had lots of sensible suggestions and identified risks in some situations and scenarios Mrs Parry gave them to consider.
In groups, children composed a list of safety rules. 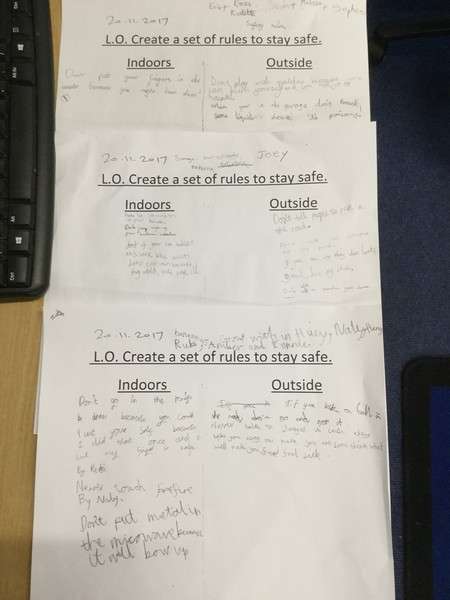 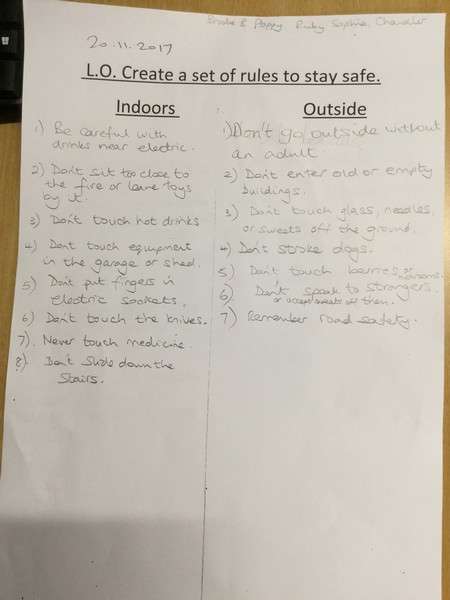 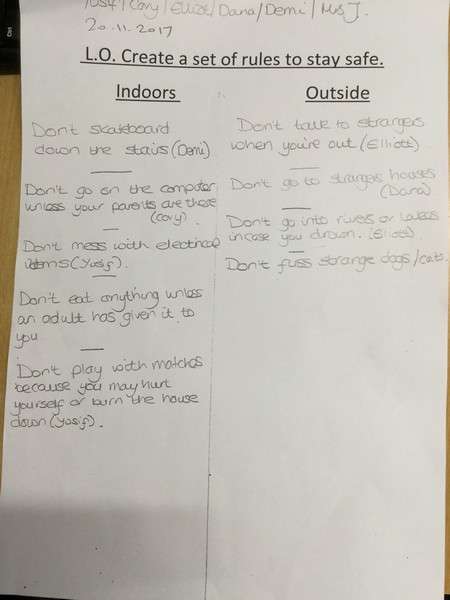 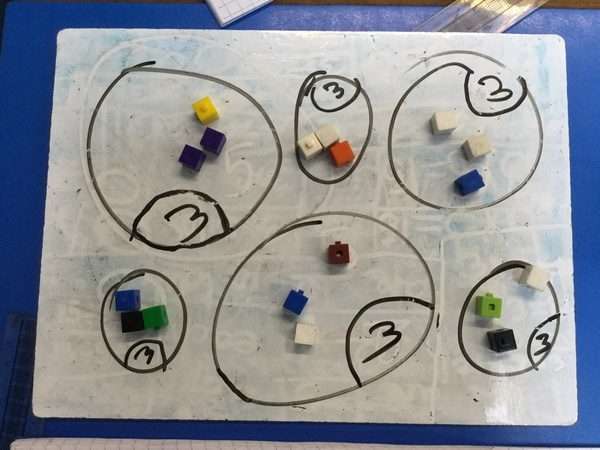 Bluebirds began practising division today. They built/made each calculation and then drew it to solve questions and check their answers by finding the inverse.

During Circle Time, Bluebirds were asked: 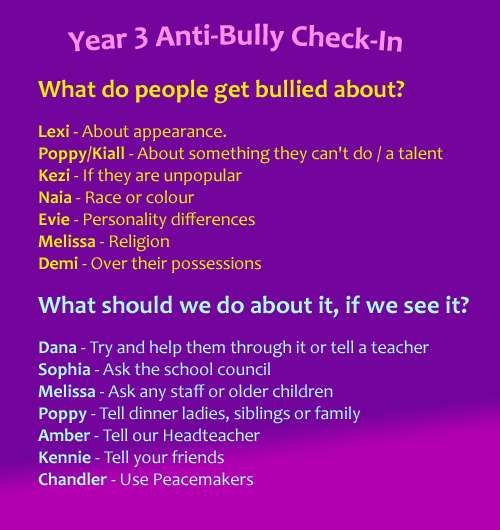 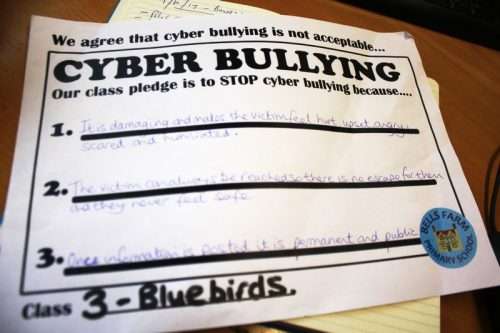 Bluebirds discussed the dangers of cyber-bullying today and they created a class pledge together:

Our class pledge is to stop cyber bullying because….
-It is damaging and makes the victim feel hurt, upset, angry, scared and humiliated.

– The victim can always be reached so there is no escape for them and they never feel safe.

– Once information about the victim is on the internet, it is there forever and can be seen by lots of people. 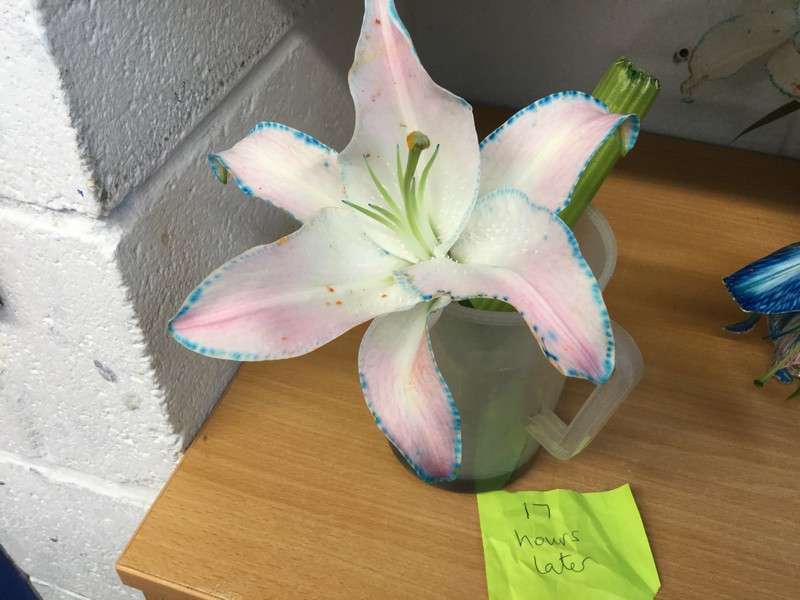 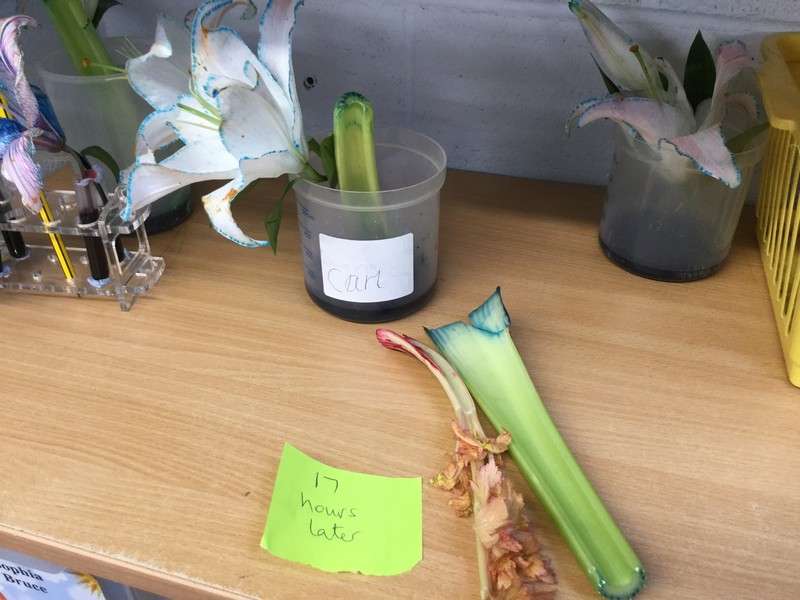 Bluebirds were eager to investigate how water travels through plants so set up experiments with lilies, celery and lots of food colouring! They examined the plants after 10 minutes, 2 1/2 hours and then 17 hours later. There were gasps of delight and amazement the next morning as children arrived into class! Children learnt that the xylem (similar to a tube, like a straw) takes water around plants. Look at our fantastic photos!

Bluebirds discussed conflict resolution during a circle time today. They talked about the meaning of the words and how they could apply this to daily life within school.

Children considered how to avoid making matters worse by becoming physical or shouting, try to be in the “other person’s shoes (imagine how they feel), avoid putting the other person down and blaming them, listen to each other’s view without interrupting (active listening!). The children thought about who could help to solve conflict in school. 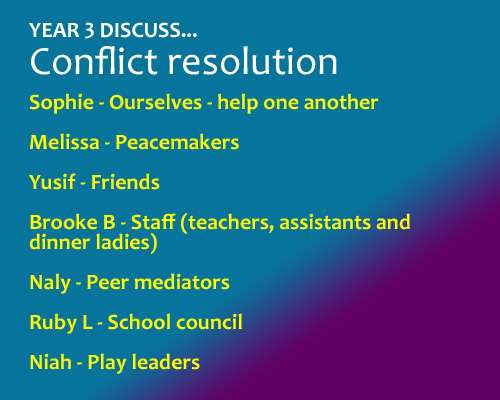 The children realised how important talking together really is, especially when they heard the story of the Two Ladies and a Lemon!

Bluebirds discussed Remembrance Day this afternoon. They heard how the First World War ended at the eleventh hour of the eleventh day of the eleventh year which is when we remember soldiers who have lost their lives during any war.

Children discovered poppies were the first thing to grow in the field where soldiers fought which is why they are significant. Bluebirds learnt how British Legion use they money collected from the sale of poppies.

Kezi – We remember soldiers who died in service. We are silent for 2 minutes which is 120 seconds.

Evie – I am going to church parade to remember with the Brownies this Sunday.

Amber – My Uncle was a soldier.

Melissa – We have made felt poppy wreaths in afterschool club.

Rubi – Poppies were the first flowers to grow in the fields where the soldiers died. 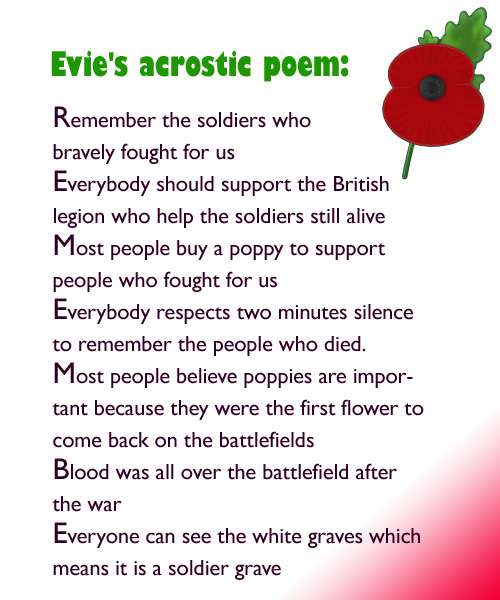 Mrs Parry asked Bluebirds to imagine they were presenting a wildlife show. The episode was to advise people about how to catch a dragon. In groups, children composed a set of instructions to present orally to the rest of the class. Each group was responsible in providing feedback for another group so carefully listening was also required!