At the start of our lesson, Bluebirds tried to think of what The Ten Commandments were before they heard the real ones. Here are the suggestions: 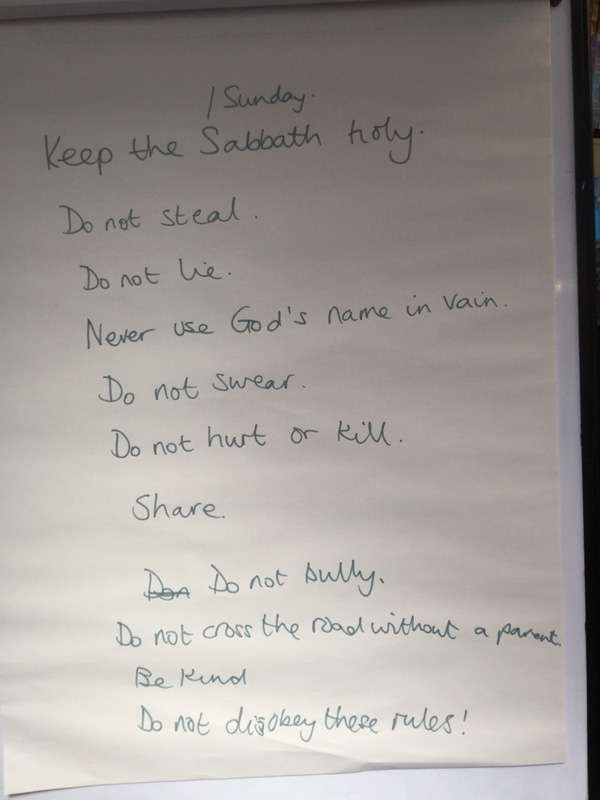 The class were asked to think about how they felt when they have told a lie and also consider whether they feel bad about lies that no-one knows they’ve told. There was a mixed reaction!

Mrs Parry read Psalm 139 1-12 to the class which explains that God knows about our truthfulness and lies no matter where we are. 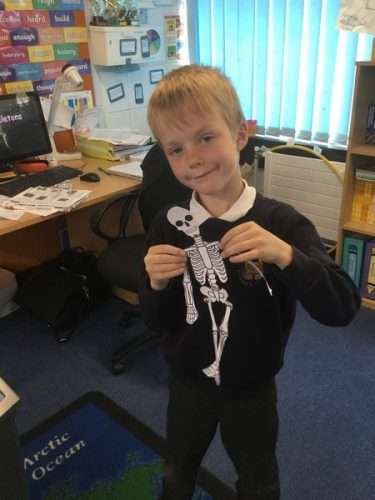 Bluebirds continued their studies of skeletons today and got busy assembling skeleton models, matching animal photos to their skeletons and investigating creatures that have an endoskeleton / exoskeleton. They also discovered which creatures are invertebrates. 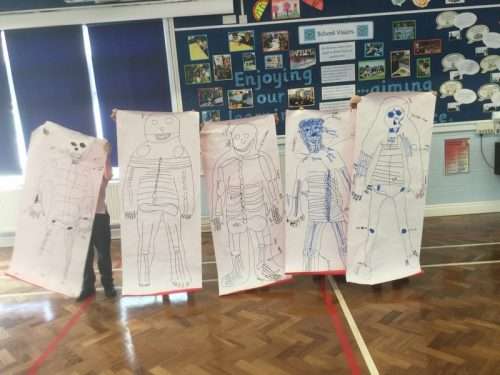 In table groups, Bluebirds tried to draw a human skeleton and label any bones they knew. Lots of children located the skull, spine, ribs and funny bone! We compared each drawing before learning the real biological names. We discovered the skeleton is like a frame to hold our bodies up and also protects our vital organs. Next, we are going to make our own moveable skeletons. 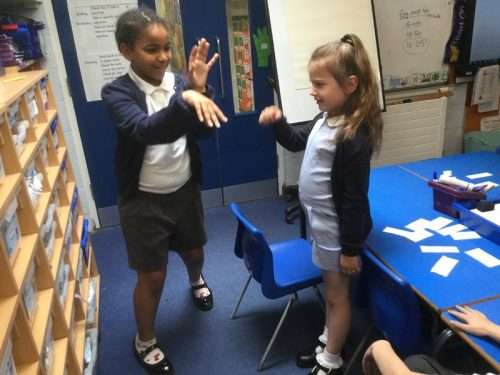 Bluebirds considered their responsibilities both at school and home today.

Jani – I am responsible for putting my dirty laundry in the basket.
KeXin – I have to tidy my bedroom.
Nashe – I have to look after my younger brother.
Shona – I have to make my own breakfast.
Scarlette – Sometimes I have to hang the washing on the line.

Afterwards, the children got into small groups and mimed a responsibility for other pupils to guess.

Today, Bluebirds listened and appraised their next piece of music called “The Dragon Song.”

It told a story about a dragon but also included lots of PSHE areas and value words. 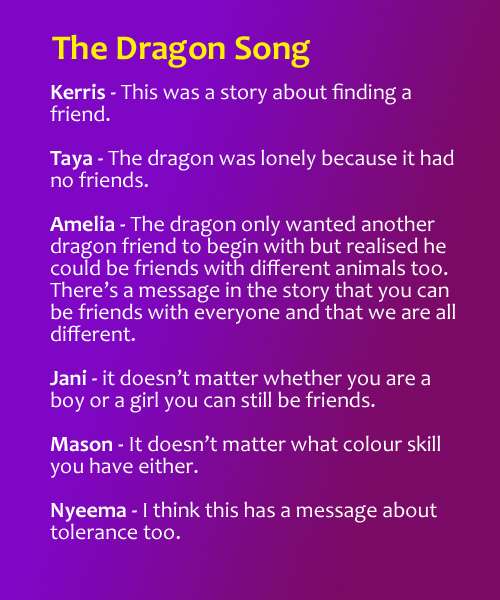 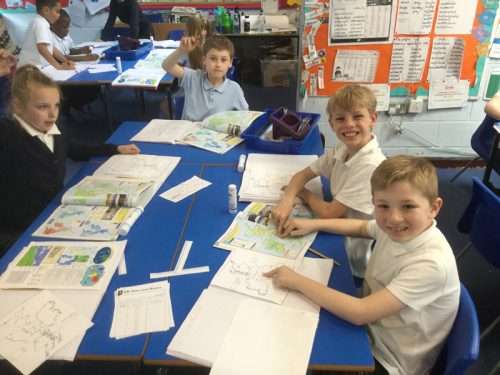 Bluebirds have began their new topic, learning about the rivers and seas in the UK and worldwide.

Some children knew some facts already. They realised they had already learnt lots about the River Nile whilst studying their topic on Ancient Egyptians. Some children could name a few UK rivers and many knew where the River Thames was. Kerris knew a river runs through Cannon Hill Park. Mrs Parry explained this was the River Rea and its source is at the Waseley Hills. Mrs Parry told Bluebirds about another local river that the class had crossed over on their trip to Sarehole Mill, when they studied The Stone Age. This is the River Cole!

The children used atlases to locate the seas surrounding the UK and some of the main rivers in the UK. Carefully, the children used the maps to find out which sea the river flowed into. 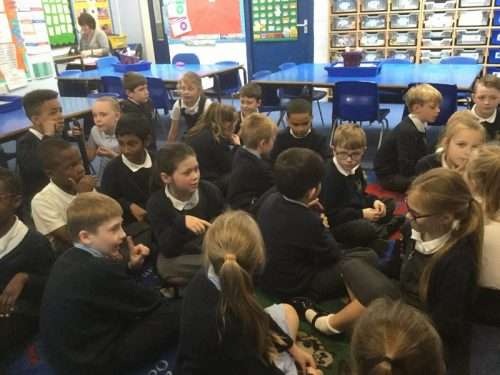 Bluebirds have been considering how telling lies can cause problems at school, home and in society. 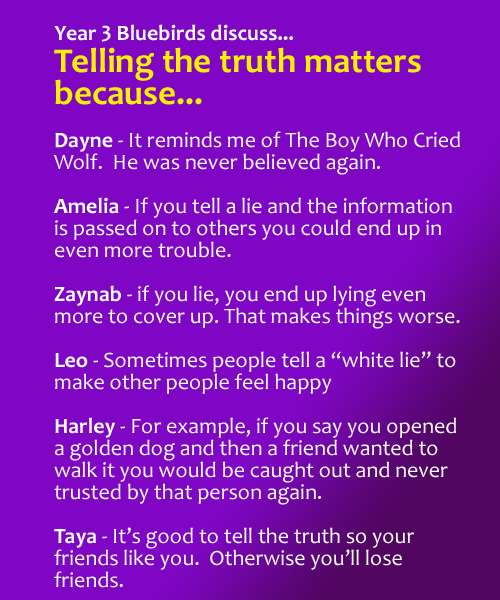 Mrs Parry asked the children how does it feel if you are lied to?
Callum F – Shocked
Callum C – Sad
Keelie – Unhappy
Amelia – Embarrassed on behalf of the person who’s lied and been found out
Shona – Heartbroken and hurt
Dayne – Frustrated
Moharnab – Angry if someone if lying because they’re showing off.
Mrs Parry – Disapppointed

The children heard the story of Naboth’s vineyard from The Bible (1 Kings 21: 1-16)
King Ahab approached Naboth to buy his vineyard but Naboth refused. His wife, the queen laughed and mocked the King. Queen Jezebel lied and reported Naboth had committed crimes against God so he was sent to death. They were punished by their future children/family not ever being allowed to be royalty again.

Esmay said it is like a moral in that it is a rule that we should try to do the right thing in our lives and always tell the truth. Do not lie.

Bluebirds discussed the meaning of perseverance and after talking to partners, came up with the definition of “to keep trying when something is really difficult and to not give up.” The children thought of ways they preserved in their daily lives. 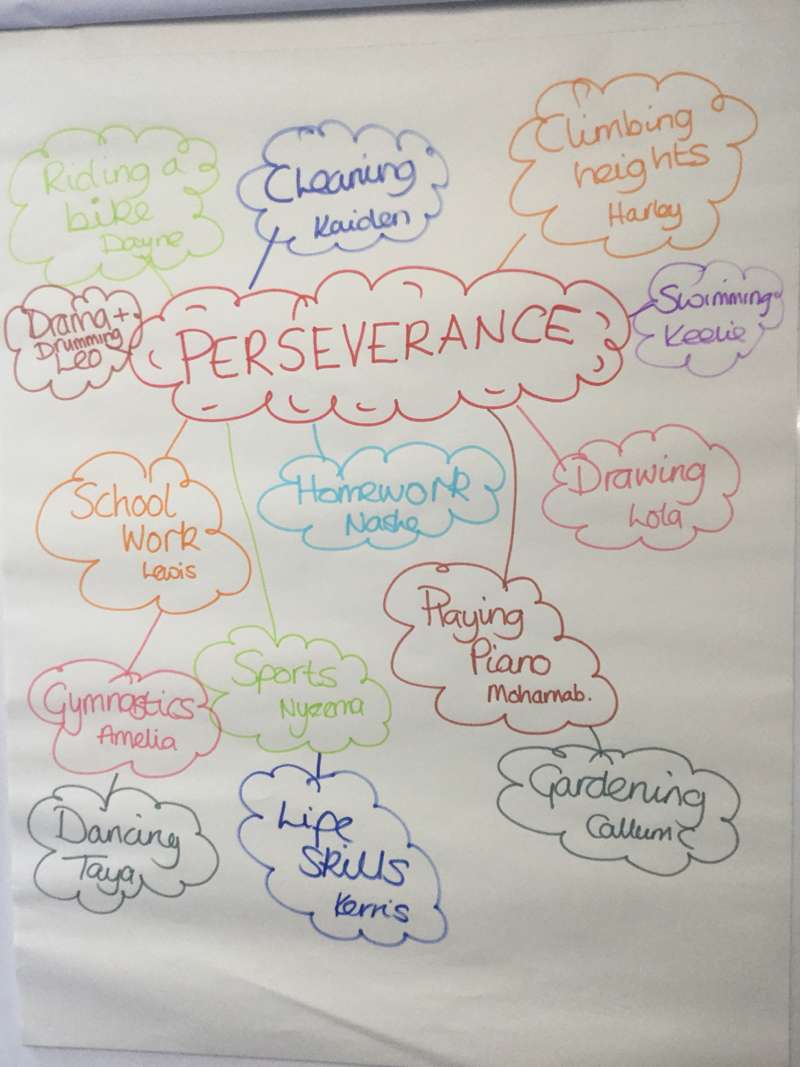 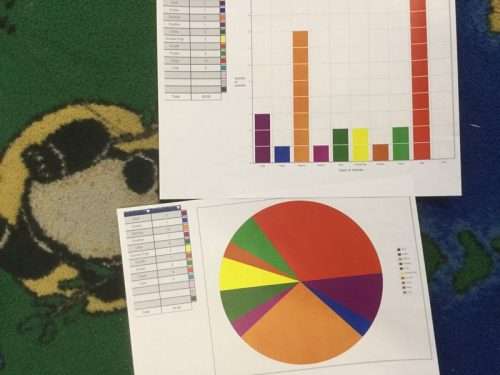 Bluebirds considered what information they would like to present using the programme 2Graph.

After lots of suggestions such as food, drink, colours, favourite country, icecream and lessons, the class voted to find out what was the favourite animal in Year 3.

First, as a whole class we created a tally chart to find out the favourite animal in Year 3. Then the children got to work to present the data in three different ways from a choice of vertical/ horizontal bar graphs, line graphs or on a pie chart.

Afterwards children composed questions for others to answer by referring to their graph.

Bluebirds thought about choices they make on a daily basis such as:

Harley: What time I wake my Mum up
Lewis: deciding when to start dressing for school
Moharnab: choosing a partner in class
Nyeema: choosing what to eat for breakfast
Esmay: Choosing to listen carefully to the swimming instructor today
Mason: On a computer game you can mute someone being horrible to you and tell an adult

We considered what wise choices we have to make at play time and lunch time and realised we need to make good and right choices to have the most fun and learn as much as possible. If we do this, we also enable other to have fun and learn too.

Mrs Parry brought in a special book that she had as a little girl and read them the story of Pinocchio. The children listened out for both the unwise and wise choices he made along the way and discovered how how Pinocchio developed his own conscience and we do as we grow up, learning the difference between right and wrong and being independent to judge whether to act correctly.

Finally, Bluebirds made a “conscience alley” and Nashe had to walk to either side of the alley, hearing reasons for and against staying up really late to watch television on a school night! The children had to think of a possible reason for the side they were allocated on!

Why should I do it?
Jan: Because you can watch any TV which is fun
Ryan: You can watch late night TV programmes. They might be scary
Brooke: You can sneak out too if you stay up late!

Why shouldn’t I do it?
Leo: You’ll be late to school if you can’t get up very well as you’d be tired
Frankie L: Because your mum will tell you off
Scarlette: Because you’ll end up falling asleep in class
Mason: Because you will be grounded and unable to play on your X Box

In Talk Partners, Bluebirds thought of examples of when they had made wise choices in their lives.
Moharnab: I decided to only eat healthy cereal
Kerris: I decided to listen to teachers better than I did in Year 1 so I know what to do now.
Zaynab: Before I do something, I consider and think about what could happen next
Taya: If someone is mean to me I choose to ignore them and tell a teacher instead of answering them back.