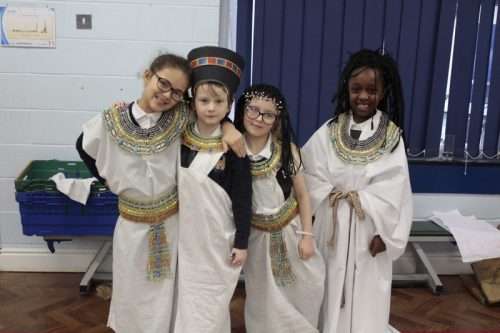 Year 3 had a visit from the History Man taking the children back to Ancient Egyptian times. 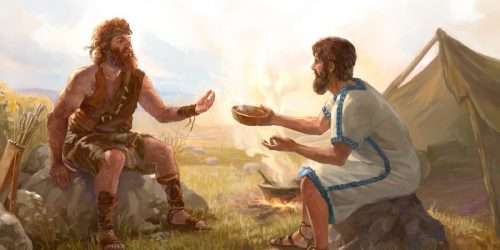 Today, Bluebirds heard the Bible story of Esau and Jacob to understand more about fairness and found out that God’s view of fairness and justness is greater and longer lasting than our view as humans. Throughout the story, children identified aspects that did not seem fair.

Mrs Parry explained that Esau had disappointed God by choosing food over his birthright and did not see the importance of his special gift he would get later on. She asked the children to think about the brothers making bad choices that they couldn’t change. They should have been careful with their choices as they didn’t realise how it would change their lives later on.

Bluebirds were very excited to begin their new topic about Ancient Egyptians this afternoon. The class soon got to work using atlases to discover where in the world Egypt is in relation to the UK and then located the countries and seas of Africa.

Mrs Parry asked the children what they already knew about Egyptians.

Jacob – They had mummies.
Seth – They wrapped the body in bandages. They had lots of different Gods.
Dewha – They built pyramids.
Dylan – They may have had traps inside the pyramids to protect treasure.
Lexi – The River Nile is the longest river in the world. 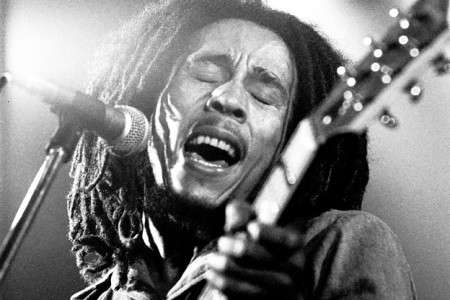 Today, Bluebirds listened to a very famous song written by Bob Marley. They discovered this genre of music was called reggae and is played “off the beat.” Out of 26 children, only 5 did not like the track. It was very catchy and lots of people couldn’t help but jig along to the beat!

Bluebirds asked lots of questions about Bob Marley and wanted to know if he was still alive. We calculated he was only 36 when he died (1945 – 1981).

Bluebirds tried to listen out for which instruments were being played too.

Charlie – I think there’s a saxophone
Millie – Something sounds a bit like a violin
Jessica – There are some drums in it
Seth – May be a guitar is being used.