The Bluebirds in year 3 at school and at home have been playing on Time Tables Rock Stars and improving their times tables and their rock star statuses!

This week’s ‘fastest speed’ stays the same with Eason in the top spot! Well done Eason! 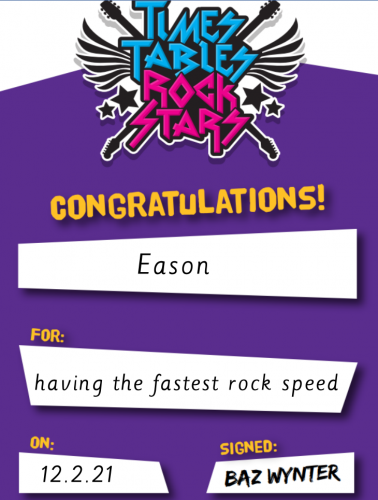 This week’s ‘most improved’ is Scarlett! Scarlett has been going on TTRS much more and has improved her speed and time tables – fantastic! 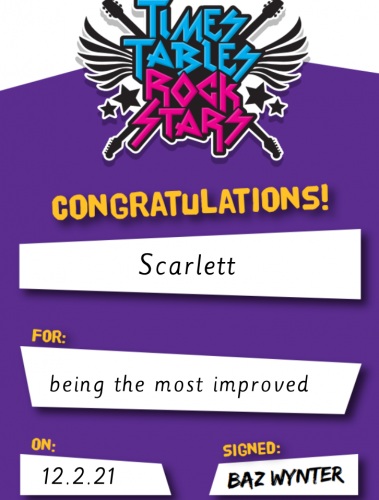 And the ‘highest earner’ in Bluebirds is Daisy B this week. Daisy has played the most games out of all the Bluebirds this week and earned an impressive 11,000 coins – amazing! 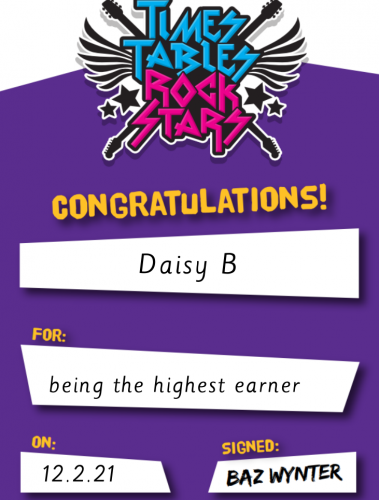 Have a great half term holiday!