This afternoon in Science, the children in school did the glow stick experiment, this is Monday’s experiment on the home learning timetable.

Helen had hot water on her desk, she looked closely at what happened when she put her glow stick in the cup. 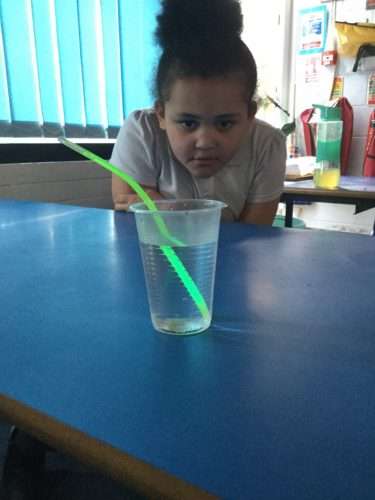 The Bluebirds commented on the different reactions between their cup and the person’s next to them. 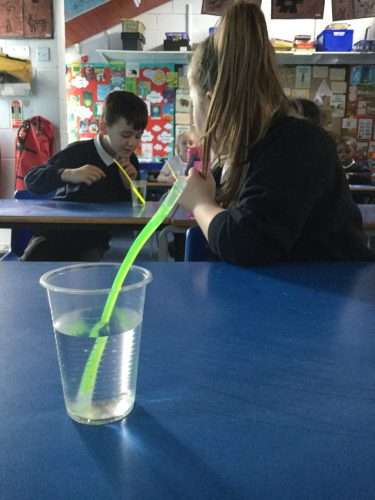 We put the cups next to each other to clearly see the difference. The glowing isn’t as bright in the cold water because chemical reactions happen faster at high temperatures. The chemical reaction is slower when the glow stick is cooler and speeds up when glow sticker is hotter in the warm water. 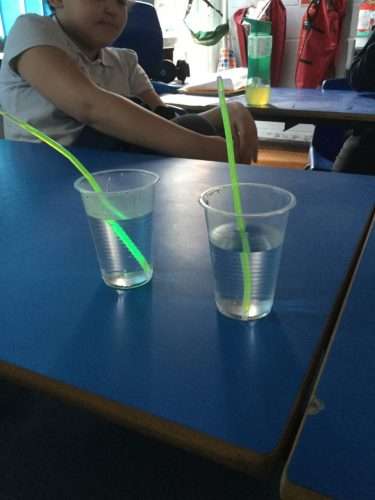 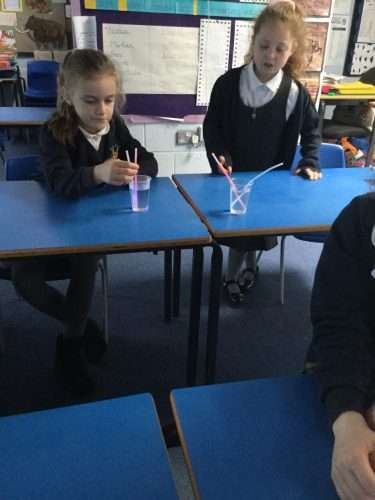 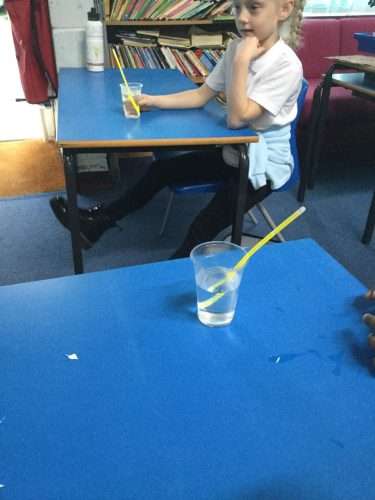