This morning in English, the Bluebirds in year 3 were looking at character speech. We used fiction texts like fairy tales to think of what the characters said in the story.

We were given four characters from familiar stories and thought about what they said in the story. In our class reader, The Lost Happy Endings, Jub speaks to the witch when they meet in the forest. On our sheet, in the bubbles, we wrote what the character said and in the reported clause box we wrote who said it. Today, we used the word said, later in the week, we will thinking of synonyms for said to make our writing more interesting. 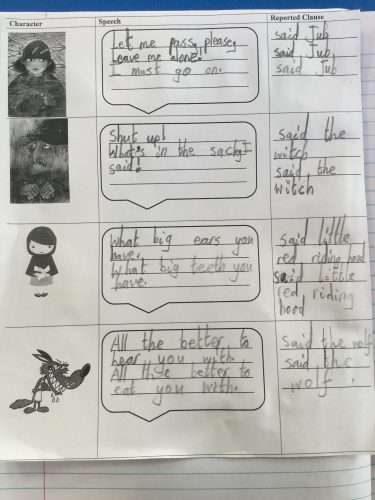 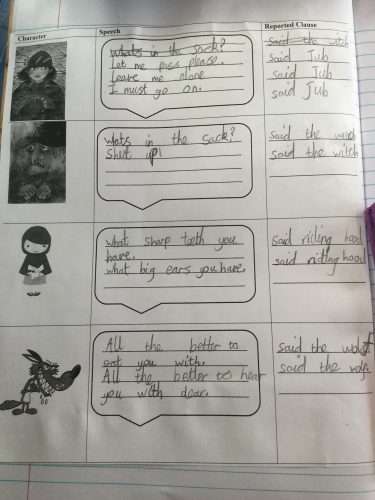 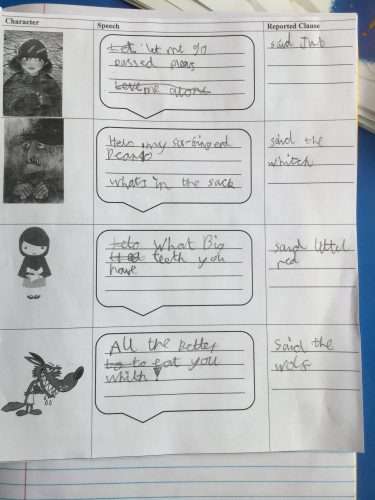 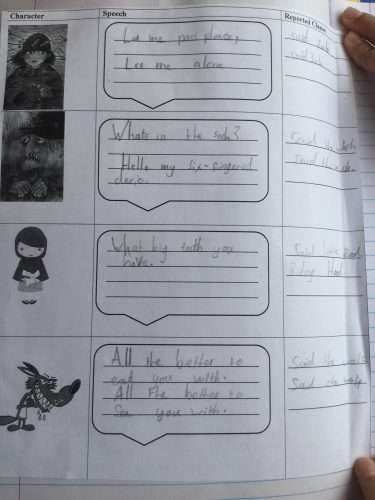