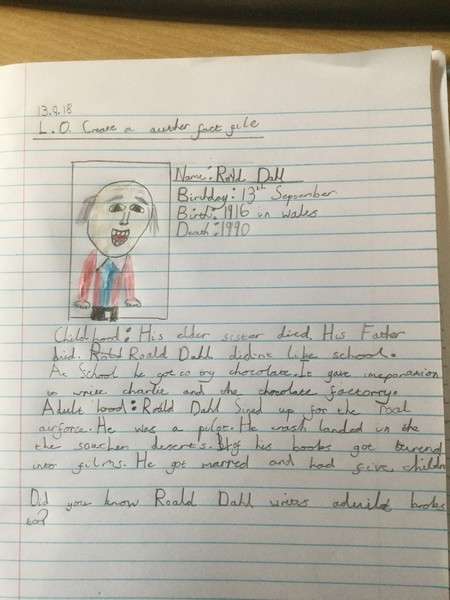 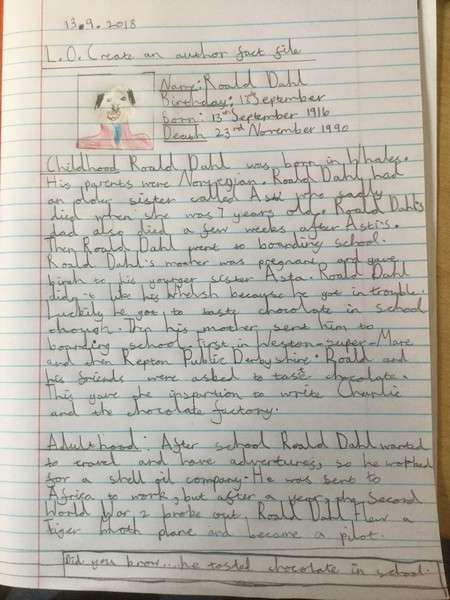 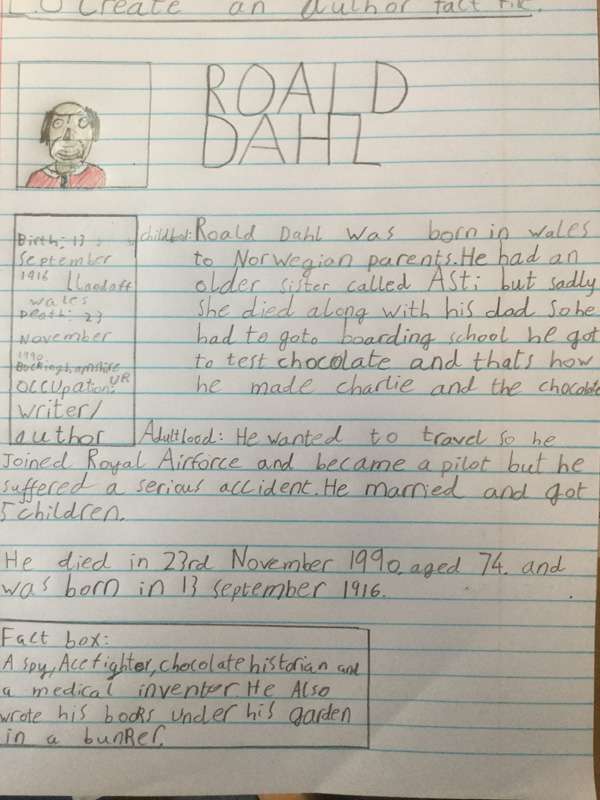 On Thursday 13th September, it was Roald Dahl day, which would of been his 102nd birthday. As he is one of the significant authors we look at in Year 3, we found out lots of information about him and had a competition to see who could name the most books written by him! The highest was 7 but we later discovered that in fact, he wrote 20 children’s books and 28 adult books. Some of his children’s stories.

Besides being a phenomenal author, Roald Dahl was an RAF pilot, a chocolate historian, a medical inventor and gave intelligence to MI6!

Read our fact files to find out more! 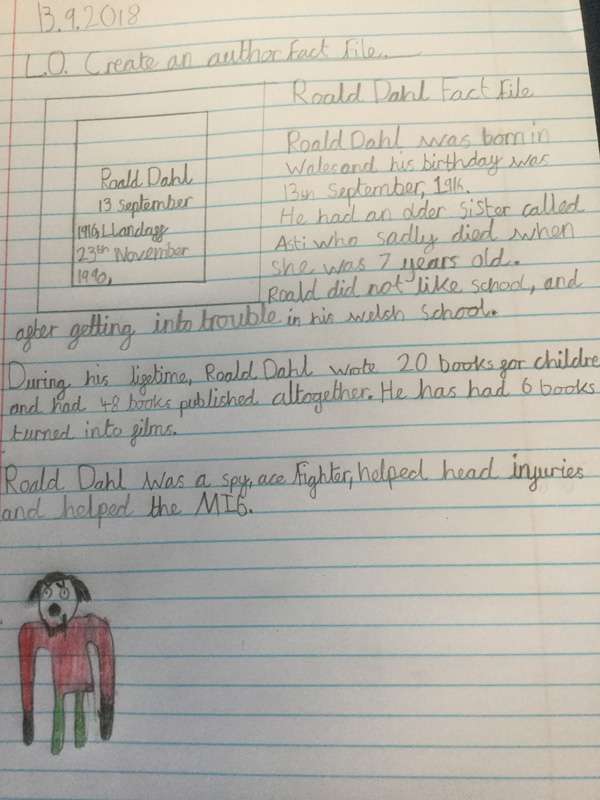