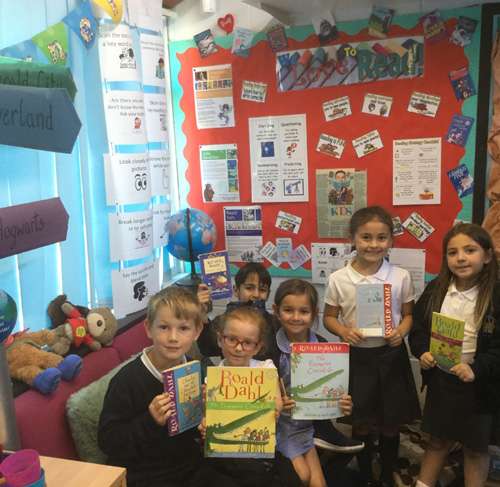 Today we learnt all about Roald Dahl as he is one of our authors in Bluebirds. Today would have been his 102nd Birthday. We tried to list all the books we knew he had written before learning all about him as a person.

Dylan – He was an RAF pilot in World War and was in a crash.
Jessica– He invented a medical valve to help his son
Lexi – He was married twice
Ava – He had to test chocolate bars at school which inspired Charlie and the Chocolate Factory
Tanatswa – He was 74 when he died

He is buried in Great Missenden which is in Buckinghamshire.