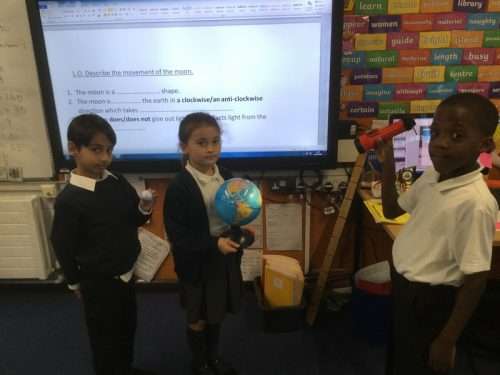 Bluebirds were very interested in learning all about the moon today. They discovered it does not give out moon light but reflects sunlight. They acted out how the moon moves using equipment besides watching film animations. They realised that the moon is present all the time and does not “come out” at night. Mrs Parry and Ryan had both noticed the moon one morning last week, before school! 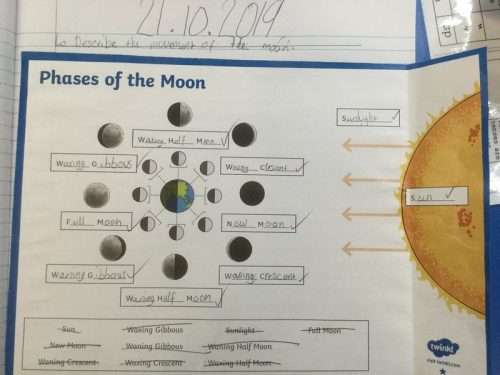 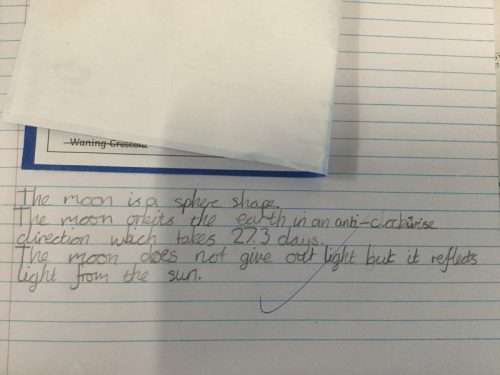 3 thoughts on “Movement of the Moon!”